The purpose of transportation is to connect people, and we at ISUZU pride ourselves in doing beyond that.

In the past, ships were the best way to transport large amounts of goods and people. In fact, the history of ISUZU dates back to a shipyard established by the

Tokugawa shogunate in 1853. Water transportation inevitably shifted towards that of land and the shipyard began, in 1916, to plan the manufacture of automobiles. This was the foundation of ISUZU.

ISUZU’s grand heritage includes the manufacture of Japan’s first passenger car, the A9 in 1922, the first truck, the CP in 1924, and the first air-cooled diesel engines, the DA4 and DA6 in 1936.

“ISUZU” was first used as the name of the TX trucks and the BX bus in 1934. It is also the name of the holy river that flows through ISE Grand Shrine, the oldest and most important shrine in Japan. ISUZU was adopted as the company name in 1949.

ISUZU has supported logistics and mobility for connecting people’s lives from the outset. Our products have widely been used in more than 120 countries around the world including on the vast African continent. 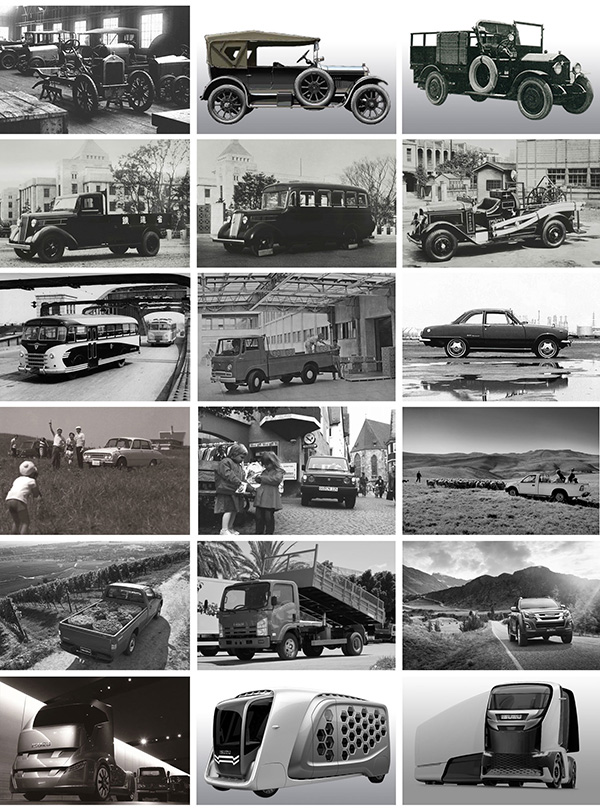 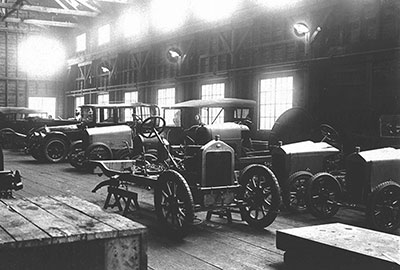 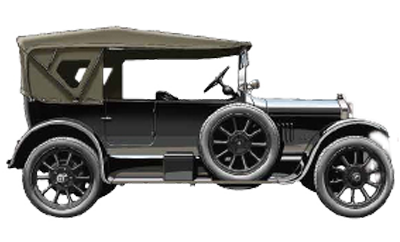 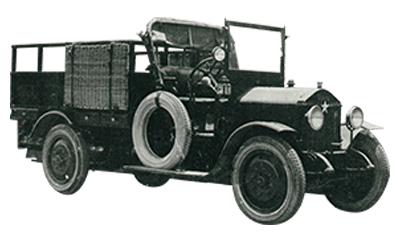 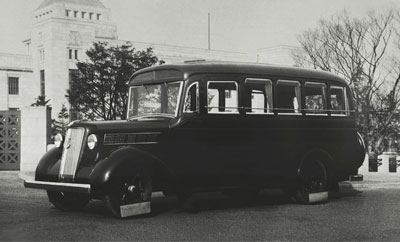 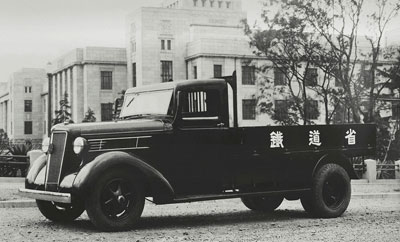 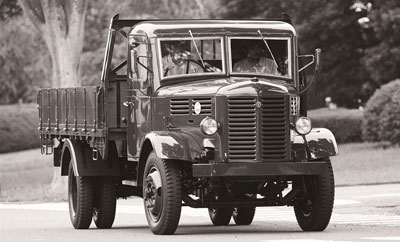 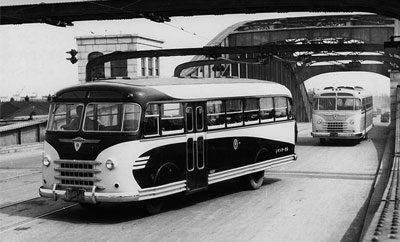 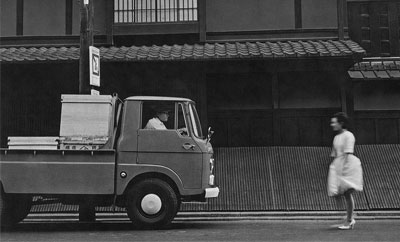 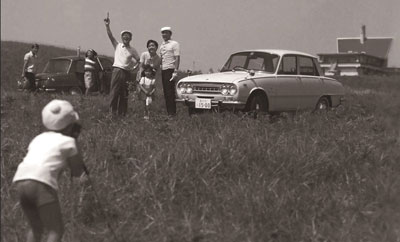 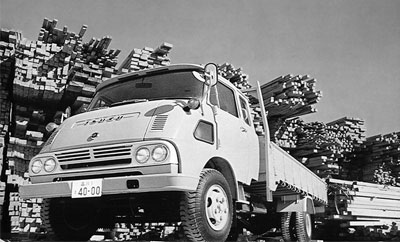 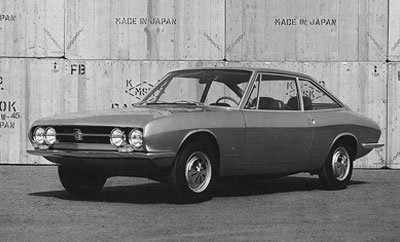 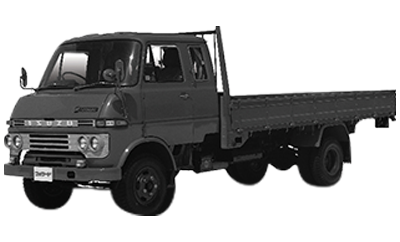 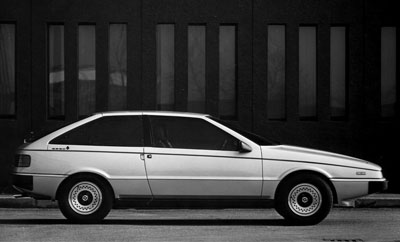 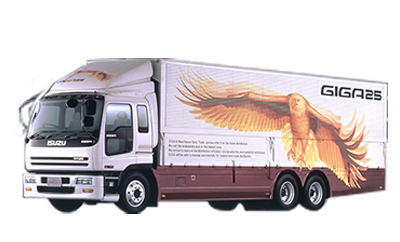 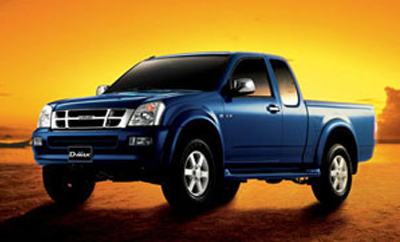 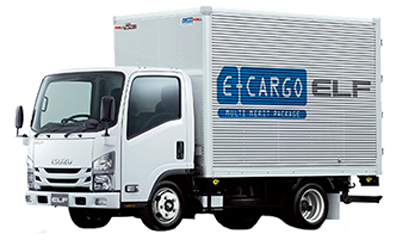 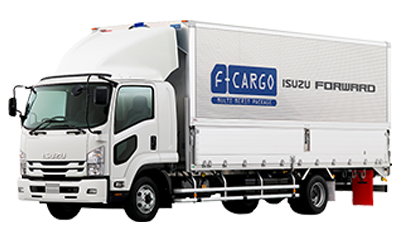 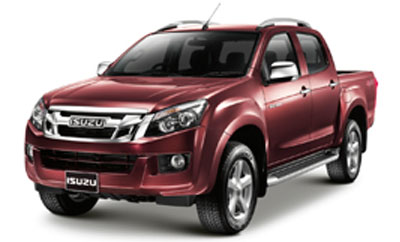 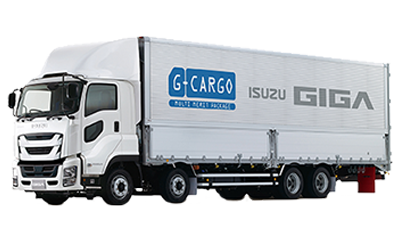 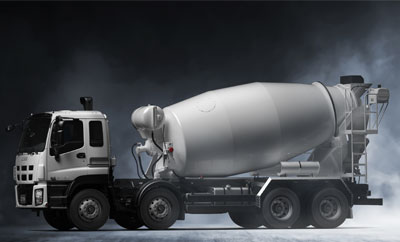 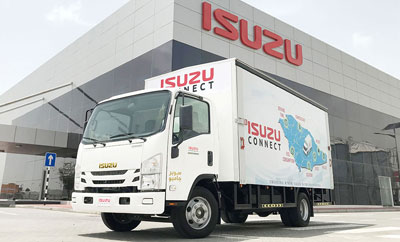 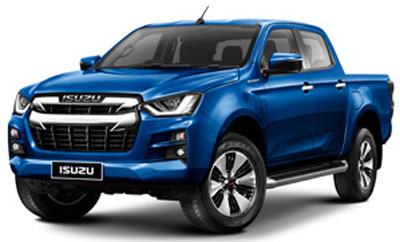 THE BEST PRODUCT WITH THE BEST VALUE

We at ISUZU have an extensive Research and Development program for our African vehicle. This ensures that ISUZU Trucks in Africa have all been built for optimal use in African conditions. When buying an ISUZU, you’ll be getting the best product with the best value – and at the shortest lead-time.

ISUZU Trucks offer a superior payload topped with great startability and gradeability, making it easy to drive and operate with a variety of customer usage specifications on demand. What’s more, ISUZU Trucks are extremely durable and easy to inspect, maintain and repair thanks to readily available ISUZU Genuine Parts.

EFFICIENT PRODUCTION AND DELIVERY GUARANTEED
We Know time is money, and so is lead-time. That’s why we ensure that all ISUZU dealers keep ready-to-drive ISUZU Trucks (truck and body) – with a specialized inventory for immediate delivery. If your ideal truck is not available, the request truck will be produced and shipped promptly via the ISUZU production System.

THE BEST VALUE FOR YOUR INVESTMENT

We make sure that all ISUZU dealership inventories are managed optimally in order o cut unnecessary logistical costs when it comes to the safe delivery of new vehicles. ISUZU builds TRUCKS according to customer’s needs, allowing us to cut over specification and additional waste packaging

WHY CHOOSE ISUZU FOR YOUR BUSINESS?
An ISUZU TRUCK is a workhorse like no other, and those to be found on the African continent are no exception. A good workhorse does one thing well: Generate Income. They generate income because the Total Cost of Ownership (TCO) is remarkably low. This makes our trucks very popular the world over. ISUZU has enjoyed the No. 1 spot in Japan for 19 consecutive years and also ranks first in many African countries at present.

Our aim at ISUZU is ultimately for our customers to become happy and wealthy as a result of the use of our trucks. We can back this ambition up with facts too, for example ISUZU has been Japan’s number one truck for the past 19 years. In Africa we hold this honour in Kenya, South Africa, Tunisia, Ethiopia, Gabon and Mauritius. A truck manufacturer does not come by this accolades by accident, it must possess exceptional qualities of durability, reliability, fuel efficiency, loading capacity, start-ability, maneuverability,
drivability, stability, manufacturing quality, parts availability and
maintainability.

This are the exceptional
qualities of a true workhorse!

The above qualities all play their part in cutting operation costs, increasing uptime and reducing downtime. This ensures the bottom line of an ISUZU Truck owner is always a healthy one.

One cannot arrive at the present day quality of our engines, without having produced many of them. Since the 1936 completion of our DA4 and DA6 diesel engines, ISUZU has manufactured over 26 million engines. Some of the important aspects we’ve learned and perfected:

Our philosophy of “Best Balanced Reinforcement for Africa” ensures that ISUZU owners in Africa remain ISUZU owners for life. Only an ISUZU driver knows the true story of ISUZU durability in Africa. ISUZU. Made for Africa.

Successful truck design is not as easy as it may seem. Ensuring that individual elements and components such as the axles, chassis and propeller shafts are strong and sturdy is only the beginning. It is more important to arrive at the perfect balance of all the different components. When attempting to optimize the durability of a truck, one cannot simply strengthen one element, or in fact the whole truck, these solutions will result in decreased carrying capacity. The key is to find the correct balance of the combination of all the components of the truck.

ISUZU TRUCKS are designed to have a Gross Axle Weight (GAW) greater than a Gross Vehicle Weight (GVW). This is one of the many reasons they can run many hundreds of thousands of kilometers. We pay the utmost attention to safety when we design our products. We like to keep our vehicles on the road at all times to ensure maximum productivity. ISUZU TRUCKS may have a high initial outlay, but when you consider their durability, quality and the Total Cost of Ownership (TCO), they make more economic sense in the long run.

When driving an ISUZU TRUCK, one has a sensory experience. ISUZU cabins and even engines have been designed with the driver in mind. Low noise and vibration levels and high comfort expectations all contribute towards a pleasurable and productive ISUZU driving experience. This, coupled with superior build quality, gives our trucks a durable and ever-lasting feeling.

All trucks require regular maintenance to maintain optimal performance, ISUZU TRUCKS have been designed so that daily inspection, regular maintenance and quick repairs are all as easy as possible. Our specialized ISUZU technicians ensure that all ISUZU dealerships are equipped and ready for preventive maintenance, failure diagnosis, and repair in the unlikely event a breakdown.

This website uses cookies to improve your experience while you navigate through the website. Out of these cookies, the cookies that are categorized as necessary are stored on your browser as they are essential for the working of basic functionalities of the website. We also use third-party cookies that help us analyze and understand how you use this website. These cookies will be stored in your browser only with your consent. You also have the option to opt-out of these cookies. But opting out of some of these cookies may have an effect on your browsing experience.
Necessary Always Enabled
Necessary cookies are absolutely essential for the website to function properly. This category only includes cookies that ensures basic functionalities and security features of the website. These cookies do not store any personal information.
Non-necessary
Any cookies that may not be particularly necessary for the website to function and is used specifically to collect user personal data via analytics, ads, other embedded contents are termed as non-necessary cookies. It is mandatory to procure user consent prior to running these cookies on your website.
SAVE & ACCEPT